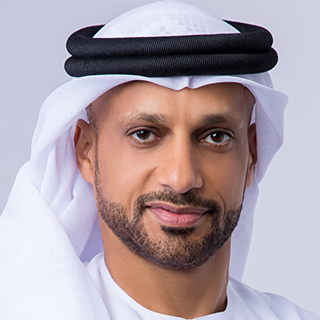 HE Engineer Saeed Ghumran Al Remeithi is the Group CEO of Arkan and CEO of Emirates Steel, leading the Group’s development and strategic direction and strengthening its position as the UAE’s largest integrated steel and construction material company.

Al Remeithi has over 20 years of in-depth experience in this vital sector, most of which acquired at Emirates Steel, where he contributed to the company’s successes and excellence at all levels. Throughout his career, he has been instrumental in expanding the company’s manufacturing capability and product range to include new types of steel products of varying grades, in addition to expanding exports to more than 50 countries around the world.

Al Remeithi has been placed amongst the Top CEOs in the Middle East by the internationally acclaimed Forbes Middle East magazine. He also holds several positions, such as Chairman of Al Gharbia Pipeline Company, Deputy Treasurer of Abu Dhabi Chamber of Commerce and Industry, and Chairman of Steel Producers Committee (UAE). Besides, he was appointed as Chairman of the Economic Committee of World Steel Association (worldsteel) from September 2018 to October 2021, becoming the first Arab top official to hold this prestigious international position.

HE is currently focused on leading Arkan Group and Emirates Steel through the next phase of business development, driving long-term sustainable growth and positioning the Group as a gateway for new and larger investments in one of the most strategic sectors in the region, while contributing to ‘Operation 300 bn’, the UAE’s Industrial Strategy.