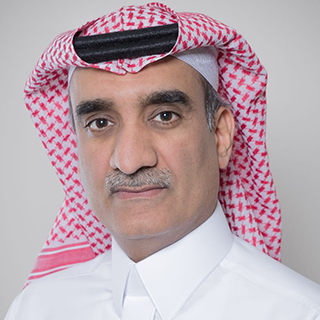 Vice President of the Industrial Services

Fahad M. Al Abdul Kareem was appointed vice president of the industrial services organization at Saudi Armaco on April 1, 2022, after his stint as executive director, which he held since November 2020.

Al Abdul Kareem has gained rich experience in upstream operations, government relations and the overseas market. Before his most recent assignment, Al Abdul Kareem was general manager of Southern Area Oil Operations at Aramco. He played a key leadership role in the fast and impressive restoration of the Abqaiq and Khurais facilities following the attack that targeted them in 2019.

He also played a leading role in the company achieving its highest oil production record of 12 million barrels per day in April 2020.

The other positions he held included executive head of the office of the chairman and director general of the Ministry of Energy, Industry and Mineral Resources, as well as the president and CEO of Aramco Overseas Co. in the Netherlands, where he spent four years from February 2014.

Before that, Al Abdul Kareem was manager of Aramco’s Shaybah Production Department, where he was responsible for the design and construction of Shaybah’s expansion projects, which increased production first from 500,000 barrels per day to 750,000 bpd and then to 1 million bpd.

Al Abdul Kareem been assigned on 2020 as the champion of the steel plate manufacturing project which aims on constructing a world class steel plate manufacturing facility in Ras Alkhair with the objectives of promoting local content, create job opportunities, and to bridge the gap of local steel demand especially in the field of shipbuilding, pipelines, and pressure vessels. The project is estimate to produce 1.5 Million tons of steel plates.

Al Abdul Kareem has completed a number of leadership programs, including the University Executive Program in IMD Business School in Switzerland in 2010, as well as the SAMDS program in Washington and New York in 2009, the Asia Business and Culture Program ABC in 2012, and the Oxford Energy Seminar in 2016.