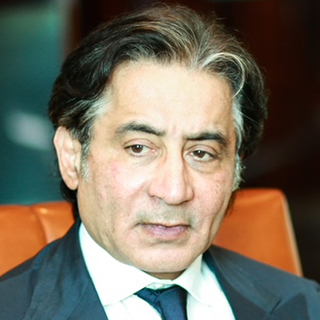 Mr. Ezz is the founder and chairman of Ezz Industries. He represents a 3rd generation of an Egyptian family investing in the construction industry followed by the trade in construction material.

He founded Ezz Steel in 1994 and for nearly three decades has led the company to become the largest steel producer in the Arab World and the African continent, the first ever private-sector company to be elevated to such status. Ezz Steel is also the largest industrial group in Egypt, employing around 10 thousand workers, with a production capacity of 7 million tons of finished steel and generating an annual turnover of circa $4.3 billion. In 2020 and 2021, Ezz Steel was included in Worldsteel’s Top Steel Makers List.

Mr. Ezz’s achievements in the steel industry have been recognized at multiple occasions. In 2008, Mr Ezz became the first Chairman of ‘The Arab Iron & Steel Union’ to come from the private sector. In 2010, he was awarded the Willy Korf/Ken Iverson Steel Vision Award for making the ‘greatest contribution to the development of a local steel industry, turning it into a global player’. In 2017, upon recommendations from fellow steel producers in the Arab World, Mr. Ezz was named ‘The Arab Iron & Steel Man of the Year’.