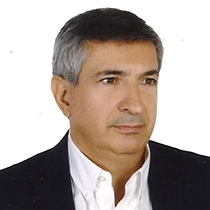 He obtained a degree in Industrial Engineering from Universidad de Buenos Aires early 1986 (Buenos Aires, Argentina) and by end 2001 Gabriel completed the Executive Program at University of California at Berkeley. In 1986, joined SIDERCA (now, TENARIS/SIDERCA, a subsidiary of TECHINT Group) under the Young Professionals Program. Gabriel’s professional journey within TECHINT Group consolidated two decades of an international career both in the SMLS Tube Group and Engineering & Construction arms.

Following an extensive international career through Asia, CIS and Latin America, Gabriel assumed the position of General Manager for Tenaris Middle East in 1997, position which he held through 2002.