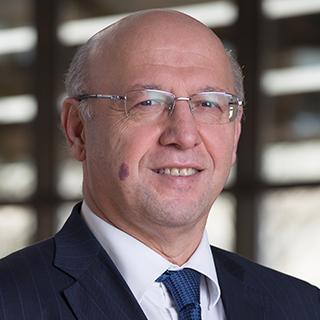 Mr. Veysel Yayan started his career as Reporter at the Republic of Turkey, Ministry of Trade in 1976. Then he worked at State Planning Organization, as Expert and Undersecretariat of Defense Industries, as Head of Department, Deputy Undersecretary and Acting Undersecretary until he retired in 1998.

After serving 22 years for government from expert to Undersecretary levels between 1976-1998, he was appointed as Secretary General to the Turkish Steel Producers Association in 1998. On 25 September 2017, Dr. Yayan was appointed as Undersecretary to Ministry of Science, Industry and Technology. In August 2018, Yayan retired from government and returned to his position as Secretary General of Turkish Steel Producers Association.

He is chairman of Iron and Non-Iron Metals Turkish Assembly at the chamber of Turkish Commerce and also Board Member at Turkish Aviation University (THK) and Constuction  Materials Industries Association (İMSAD).